Voter Attraction deems to be threat to Environment 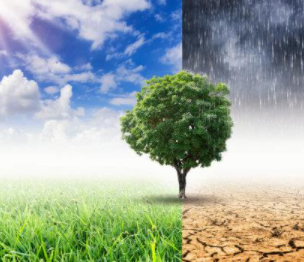 For example water land and trees acts was enacted to protect the water, land and trees. In Andhrapradesh the government of Andhrapradesh had passed guidelines to sanction the borewells near by existing borewells. as per the guideline in the year of 2013 the government of Andhrapradesh acted with much care and caution. The space between the borewells must be followed about 200 meters (Irrigation tanks ). It is a precautionary method to protect the ground water in considering future circumstance.
At present to implement YSR JALA KALA in order to promote the party , the existing space between the borewells are reduced to 100 meters and 150 meters, even 50 meters are sanctioned for the purpose of some borewells.
The fruit to the people may be appreciated temporally, but the future consequences will be much odd to the farmers. The depreciation of  ground water will result drought. New bore well and existing borewells will be failed one day on such a day that area will dry area. Apart from that some government organization are even plucking trees with a reason that they are obstructing electricity lines . The acts are being suppressed by the executives.
Irrespective of that aqua culture is being increased vast, the chemicals using in the aqua culture is polluting the  ground water. Some of the executive cadre hard working to support the illegal aqua cultures, especially in Andhrapradesh.High Level lobbying is being done, the only qualification for lobbying is money and the lobbyer shall be a  ruling party person.
Telangana Government permitted to commence Aquaculture. Spoiling of the Agricultural lands leads to future generations to face enormous loss. The lands that used for aqua culture cannot be re used for cultivation, if  in any chance it was re used for cultivation, the chemicals which were used for aquaculture remained in that land will effect the crop and the health of the human beings who consumed it. It is a basic common sense.
Conclusion : As demand As supplied the current politics which have no concern about the future generation. The only need of the politician is power and the only need of some voters is money. Those some voters are in plenty who is deciding the future of  the politics.
←Back